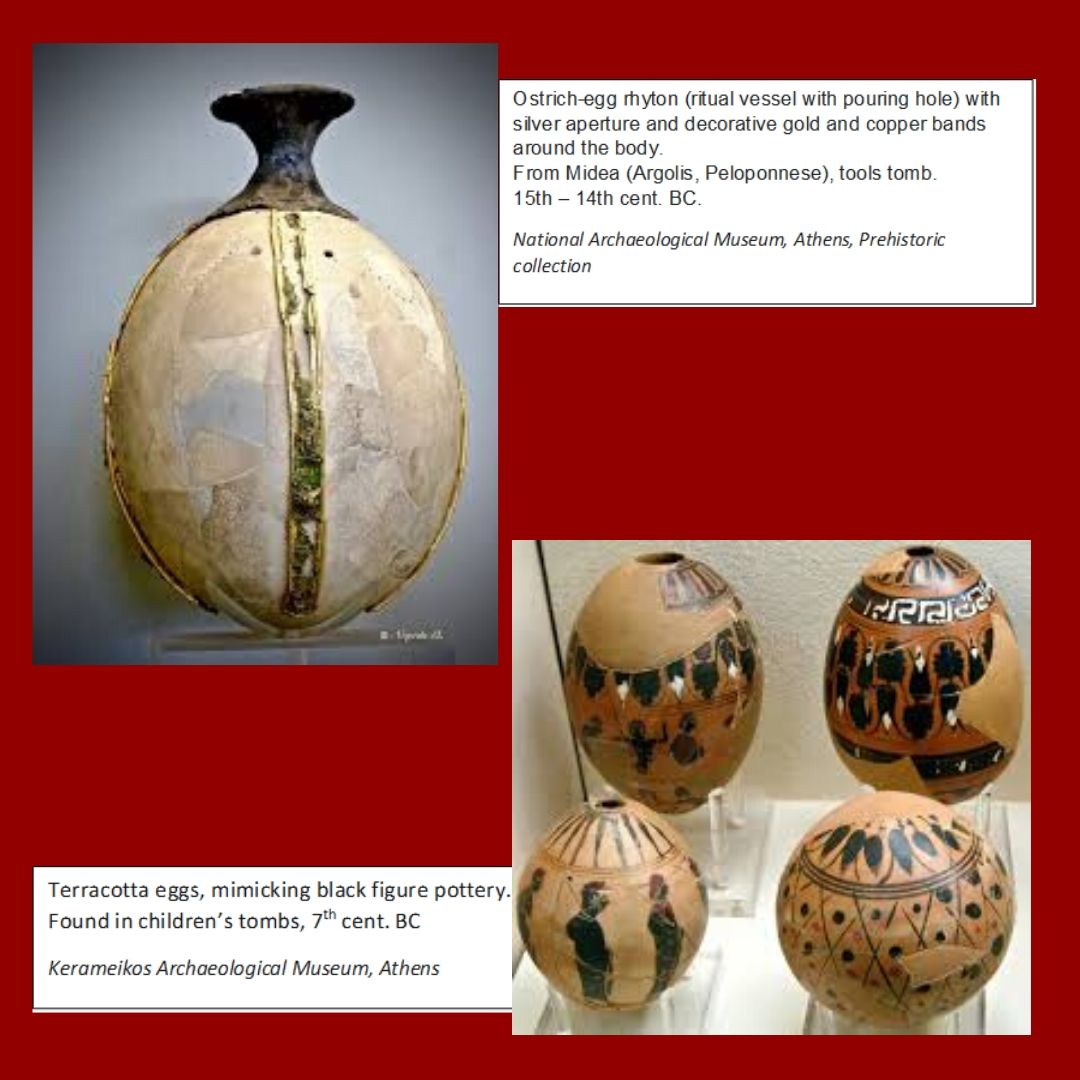 It’s all about eggs!! Featuring their characteristics both for their biological substance and symbolic nature. What I mean by that:

Egg provides high biological value proteins and ranks in a prominent position of the nutrition chain. While brooded, it hatches out a perfect creature.

As a symbol, it played a great role already in ancient world…. In Greece and Rome, to celebrate the equinox in March (the beginning of the year), it was customary to hang up colourful eggs and offer them as gifts. Painted eggs represented the hope for eternal life, immortality and fertility. For Greeks, the eggs were the symbol of new beginnings, but they were also used as perfume containers, ablution bowls and canteens for liquids.

Romans used eggs as a burial offering, to symbolize the hope of life after death. In the Egyptian myth of Creation, an egg was revered as the origin of the world. Ostrich eggs, which are as hard as earthenware when dry, were used in prehistoric times throughout the Nile valley! The Chinese offered painted eggs as gifts at the beginning of spring some 5000 years ago… Eggs became a symbol in Christianity associated with rebirth as early as the 1st century AD, via the iconography of the Phoenix egg, and they became associated with Easter specifically in medieval Europe, when eating them was prohibited during the fast of Lent.

While the modern world with its practical, scientific knowledge of biological forms could perhaps never view eggs with the wonder they aroused in our ancestors, we can understand their powerful symbolism.

An egg became a symbol of life because it encloses nascent life to emerge from it. It embodies the idea of rebirth and rejuvenation in the cycle of life, reflected also in its shape, with neither beginning nor end. This shouldn’t be seasonal!

I chose to have it around me in colours, dots, swirls and various designs, all year through!

And … I call it Eggcellence !