In antiquity, mosaics first were made of uncut pebbles of uniform size. The Greeks, who elevated the pebble mosaic to an art of great refinement, also invented the so-called tessera technique.

Mosaics are pictures made from arrangements of small fragments of stone or glass. Among many ancient civilisations they were the primary form of architectural decoration.

Mosaics date back to the dawn of civilization at Mesopotamia where architects used small coloured objects to decorate the temples in Yuruk in the fourth millennium B.C. The Greeks and Romans used pebbles and shells to make pictorial composition around the fourth century B.C. Early Greco-Roman artisans began making mosaics with pieces of coloured glass broken off in different shapes from thin sheets baked in a kiln.

The Greeks, who elevated the pebble mosaic to an art of great refinement, also invented the so-called tessera technique:

Tessera, (Latin: “cube”)plural Tesserae, in mosaic work, is a small piece of stone, glass, ceramic, or other hard material cut in a cubical or some other regular shape. The earliest tesserae, which by 200 bc had replaced natural pebbles in Hellenistic mosaics, were cut from marble and limestone.

The Romans developed the mosaic as an art form, a tradition that was carried on by the Byzantines. They loved to cover their walls with art that proclaims their status and, aside from the prestige value, mosaic floors helped cool interior temperatures in an area of the globe that could be relentlessly hot.

Archaeologists have found mosaics not just in villa reception rooms, but also in dining rooms and bedrooms. Only the floors of the servants’ quarters were left bare. Although mosaics were occasionally created on walls, “the medium was really viewed as an efficient floor covering, waterproofed, durable and easy to walk on,” said another expert, Christine Kondoleon, a senior curator of Greek and Roman art at the Museum of Fine Arts, Boston.

The ancient Romans used mosaics mostly to decorate the floors of palaces and villas. Generally, only the wealthy could afford them. Some have also been found on public sidewalks, walls, ceilings and tabletops and at public baths. In some rich towns, it seemed as if every upper-class house contained mosaic pavements. They decorated entrances, halls, dining rooms, corridors and sometimes the bottom of pools. Mosaics were often used to decorate dining rooms (and sometimes contained bits of discarded food). Usually frescoes were used adorned the walls.

Roman mosaics were made mostly of finger-nail size stones, many of which were naturally coloured. By contrast Byzantine mosaics were made with teensy-weensy tiles, and often contained a lot of gold and precious and semi-precious stones. It is no surprise then they were placed on walls, where people couldn’t walk on them.

To make a Roman mosaic: 1) A base was created with layered pieces of wooden planks, cut hay, porcelain, gravel, clay and mortar; 2) plasters was applied to the surface. 3) before the plaster hardened, stones or pieces of glass were placed in it. Large tiles or flat stones were placed around the edge of the mosaic. The designs were usually drawn on the surface.

Skilled mosaic artists learned their crafts at schools in Tunis and Alexandria. They often carried mosaic books to help their clients chose what patterns and designs they wanted. Sometimes they worked alone. Other times they worked with a team for a year or more.

Wall mosaics began to catch on in the late Roman period, but it was the Byzantines who raised mosaics to expression of high art. Romans built mosaic floors while Christians made mosaic ceilings and upper walls to glorify God and heaven. Many Byzantine mosaics have a gold background.

The Byzantines (Christianised Romans and Greeks) dominated eastern Europe and Asia Minor from the A.D. 4th century to the 15th century. Their mosaics were made to both dazzle and instruct the people who came to the church, the majority of whom were illiterate. The exterior of the churches that housed the mosaics were usually drab and monolithic.

We know virtually nothing about the artisans who created the great Byzantine mosaic masterpieces. they didn’t sign their names and scholars are not even sure whether they were Romans or Greeks…. 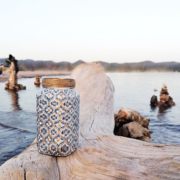 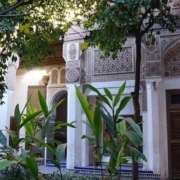 It’s all about Bahia 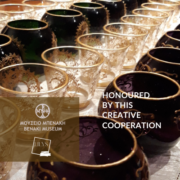 This is a big Thank You note!
0 replies

It’s all about Bahia
Scroll to top